My Etsy Journey Part 8 - The world just got smaller.

I'm ending the year with a high. I started in January, with absolutely no idea if I'll make it through the year. But this has been truly one of the best in my life.

It's one of those years that has really pushed my confidence, my art and my general outlook towards life. It has taught me many valuable lessons of which I might have shared through my previous posts, but my biggest misconception has been busted - People will PAY for your art. You just need to ask, put it out there, stop selling cheap and stop working for free.

The print of the Truman Brewery, was for a father whose new born son was named Truman. A brewery print? He said when his son turns 18, they could share their first pint together, and fondly remember this print. 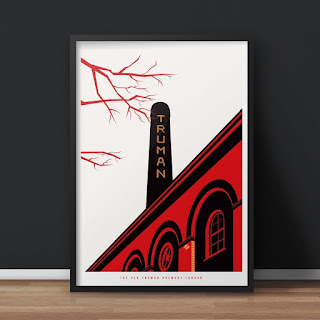 Steppenwolf- personal commission for Mark as a gift for his best friend, who also shared 'Steppenwolf' as his favourite book. He told me that he has been searching for months for someone to interpret these lines from the book, which was special to the both of them. My talented husband Ram worked with me on this illustration. 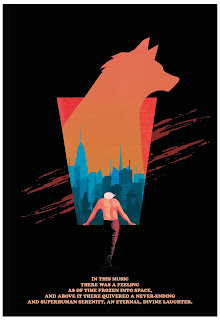 The Old Highbury Stadium. I have had half a dozen orders of this print from residents of this very spectacular building. The Barbican Conservatory, from a resident of the Barbican. The Hoover Building, from an architect who is working on restoring this art deco beauty. The Stoke Newington print from a guy whose grandfather established 'Gino's Barber' years and years ago- one of the shops featured on the print. Brixton Village - an order from a lady for her best friend moving to New York, to remember the good times shared together this village.
I received a very touching note from a father who received the Pink Floyd print as a gift from his daughter, saying that he completely 'got' what I was trying to do. (An interpretation of a very old drawing by Nick Mason, the drummer) 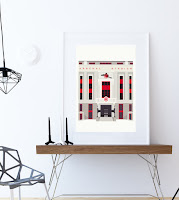 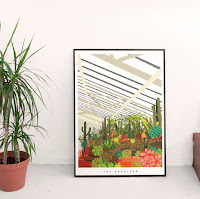 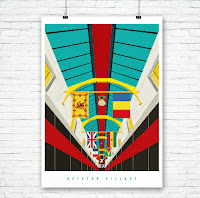 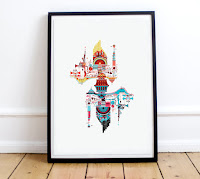 But perhaps the most funny one so far- A lady ordered a print of the Balfron Tower as a Christmas surprise for her husband. And just a couple of days later I get a message from a guy asking me for the same Balfron Tower print, as a Christmas surprise for his wife. I mean- what are the chances of that? Two people thinking of buying the same gift for each other, and from the same little shop online. You would think the world wide web has made this world larger, when in fact it is so small, rather so sharp. I have been so lucky to have been able to reach out to such specific people, those who seem to have a direct connection to the subject of my illustrations.
(I didn't want to ruin the surprise for the couple, but I will offer to replace/ refund the print) 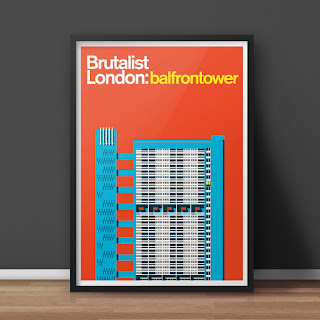 My personal fan-girl moment was getting back- to -back orders from Droga5 New York. I couldn't contain the excitement when I saw that address- Madison Avenue! My absolute dream agency. I have admired the work of David Droga even before I got into the advertising field. If not in person, I managed to get to Droga5 NY through my work! It validated everything I was doing so far. Any doubts on quality, design, aesthetics ...or what the hell am I doing-  those orders from Droga5 put all of that to rest!

It has been a non stop exhausting journey, trying to pursue a passion alongside a day job. Starting my day early racing to the post office, running to the printers on lunch breaks, late nights and weekends on new illustrations. My best friends are the postmasters and the printers, also my regular critics! 'Not many orders this week huh'... Josh at the post office would laugh.

2016 is ending on a sweet note. I received a mail from Not on the High Street to join their platform! So the next chapter begins...

And lastly- a message to anyone out there, complaining about their day job, poor salary and no time to pursue their dreams... have a chat with me. I was you until a year ago!